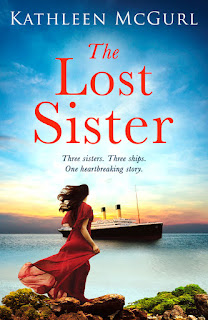 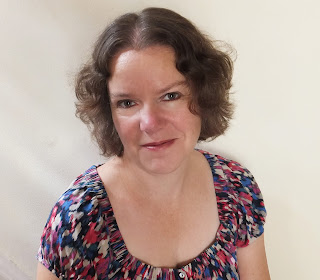 Kathleen McGurl lives in Christchurch, UK, with her husband. She has two sons who have both now left home.

Kathleen always wanted to write, and for many years was waiting until she had the time. Eventually she came to the bitter realisation that no one would pay her for a year off work to write a book, so she sat down and started to write one anyway. Since then she has published several novels with HQ and self-published another. She has also sold dozens of short stories to women's magazines, and written three How To books for writers.

After a long career in the IT industry she became a full time writer in 2019. When she's not writing, she's often out running, slowly.
Social Media links:
Website | Twitter | Facebook | Instagram | Goodreads
at May 21, 2021 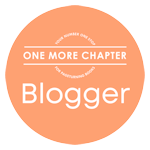 My name is Stina and I'm a self-confessed bookaholic, bibliophile, bookworm, you name it. My preferred genre is psychological thrillers/crime fiction and historical fiction. I do read the odd true crime on occasion as well, but I tend to want to lose myself within the stories I read - hence my love of historical fiction. But it's the psychological thrillers I thrive on the most. That heartbeating, edge of your seat thrill-ride from start to finish, that stops and makes you think and go WOW! I can no longer ride rollercoasters or thrill rides, so the next best thing is to get that same sensation from books.
I'm married 23 years with no children but for my dogs - two staffies aged 16 and 10. I love nothing more than curling up on the couch or bed with my dogs snuggled with me reading a page-turning book.

My Bookshelf and Challenge

She Lies Hidden
by C.M. Stephenson
After reading some of the reviews for SHE LIES HIDDEN I wasn't sure what to expect. I like to read others' reviews to see what they thought and to get a handle on general opinion despite the fact I always go into a book with a clear head...

Her Best Friend
by Sarah Wray
HER BEST FRIEND is my second read by this author and I can't decide whether it is better than her debut REPORTED MISSING or not. Both seem a bit mediocre and very slow to build. However thinking of it and comparing what I remember of the...

The Gift
by Louise Jensen
THE GIFT is a compelling psychological thriller with a difference. It centres around the yet to be proven hypothesis/topic of cellular memory - in that memories can be stored in individual cells and that these cells can be transfer to th...

Little Liar
by Lisa Ballantyne
This is the first book by Lisa Ballantyne I have read and I thoroughly enjoyed it. It was compelling and emotionally charged, and had me hooked as I had to keep reading to see how it would end and to discover who was telling the truth. L...

Lead Me Home
by CS Savage